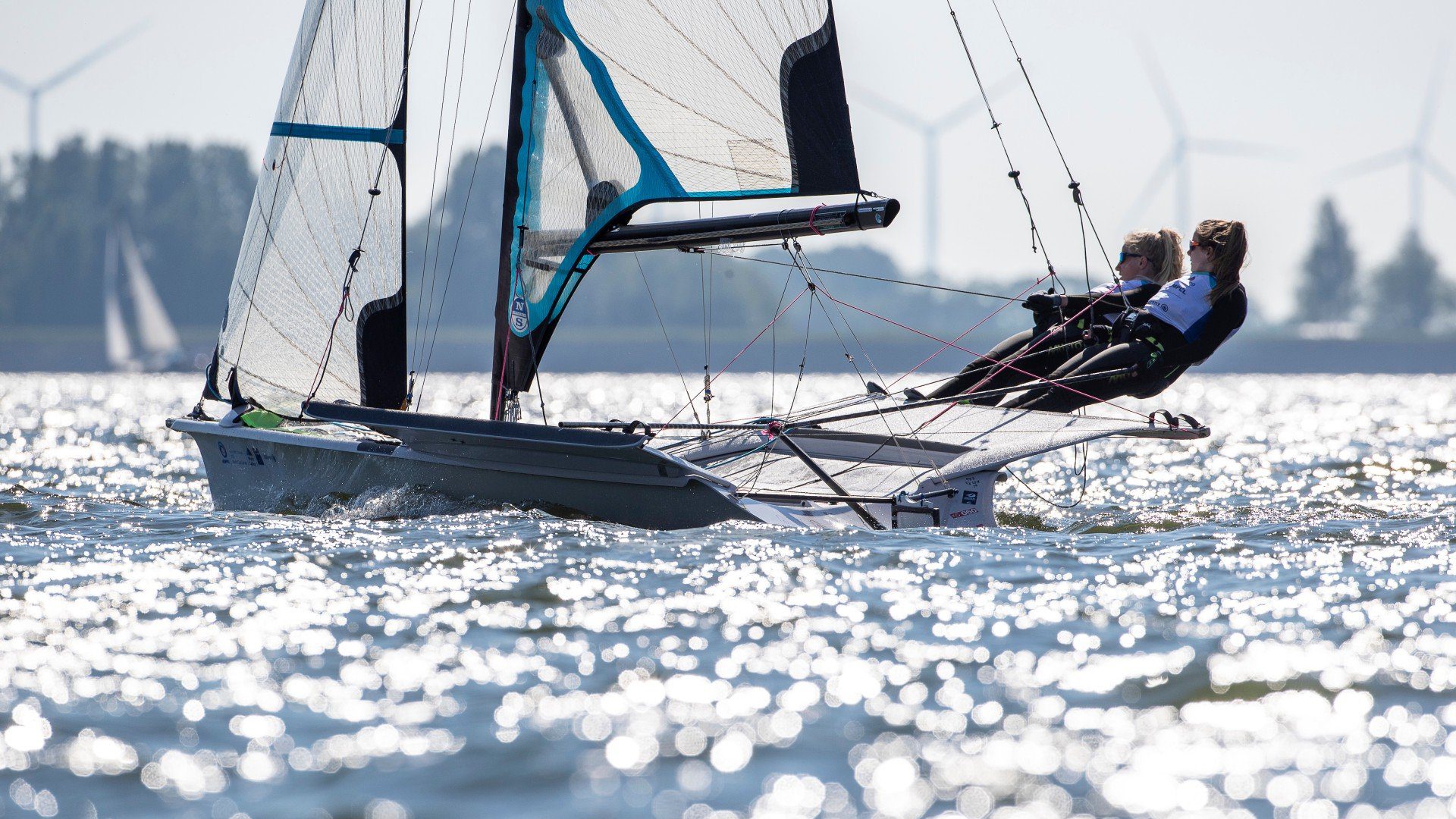 The 49er and 49erFX fleets have reached the midway point of their competition at the Hempel World Cup Series – Allianz Regatta and sailors are now targeting a spot in Sunday’s Medal Races.

After two days of light wind competition that included six 49er and five 49erFX races, the fleet are moving into the latter part of the competition.

At the midway point it’s Dutch delight in both fleets as the nations representatives for the upcoming Tokyo 2020 Olympic Games lead the way. Bart Lambriex and Pim van Vugt top the billing in the 49er and Annemiek Bekkering and Annette Duetz are in firm control in the 49erFX.

A west south west breeze is forecast for Friday and will be stronger than the days prior. 10-11 knots with gusts up to 20 knots in the latter part of the day will be warmly welcomed by the sailors who have been tested by shifting, fickle winds over the first two days.

Racing commences at 11:00 local time with the 49er up first followed by the 49erFX.

Registration for the Open Dutch Sailing Championships, part of the Allianz Regatta, from 8-10 October 2021 is now open!