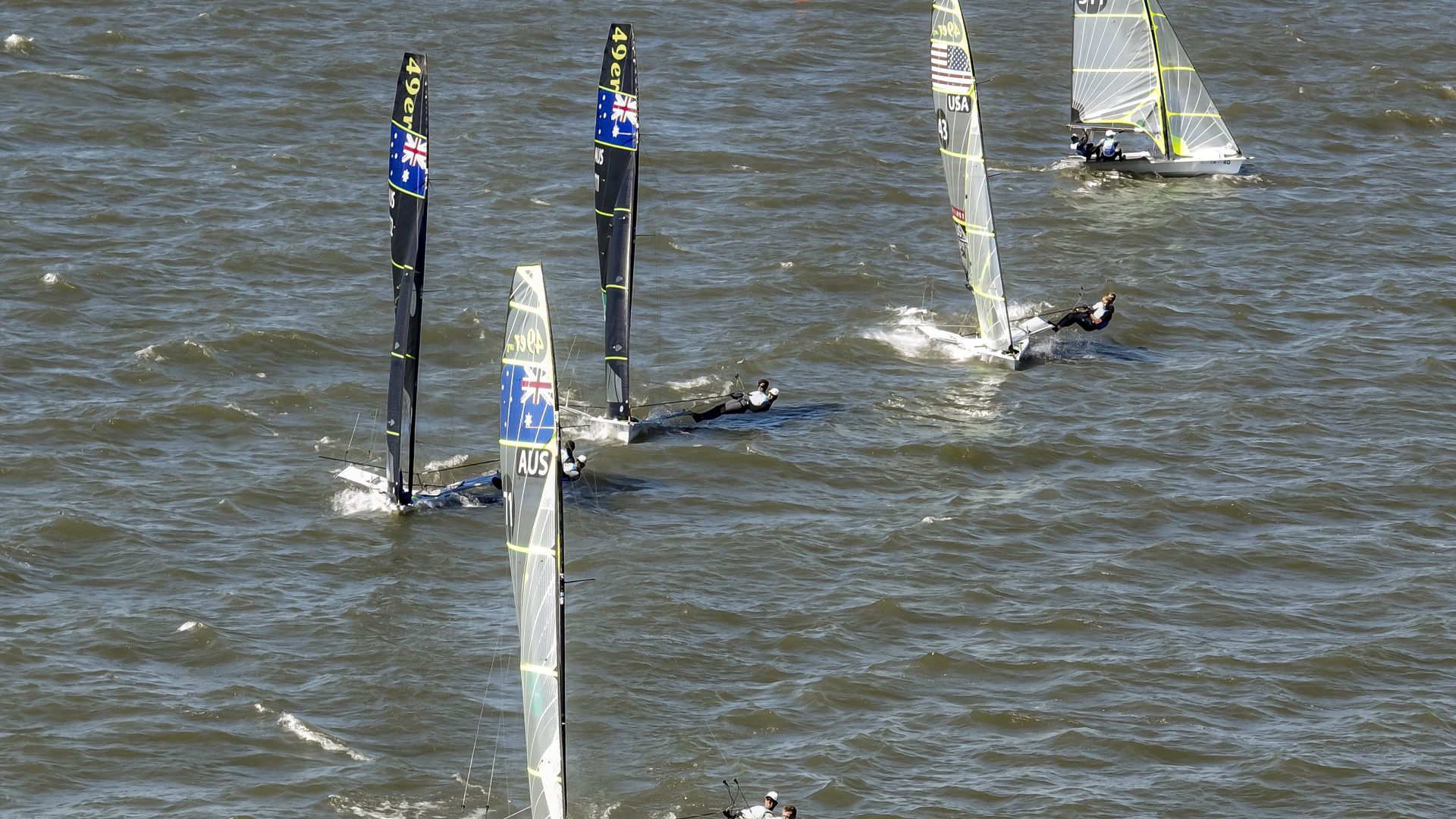 Cooler conditions today but still a good wind for deciding the medals in the boat classes. 49er gold has already been wrapped up by Bart Lambriex and Floris van der Werken (NED), but for the rest it’s all up for grabs. We’ve got Medal Races starting at 1100hrs with the 49erFX, swiftly followed by 49er, Nacra 17, ILCA 6 and concluding with the 470 Mixed at 1400hrs.

Five medal races completed and 15 medals about to be awarded at the prizegiving outside the Musto Sailors Home in Almere. Dutch golds in the 49er, 49erFX and Nacra 17 fleet. Greece take ILCA 6 gold and 470 Mixed victory for Switzerland.