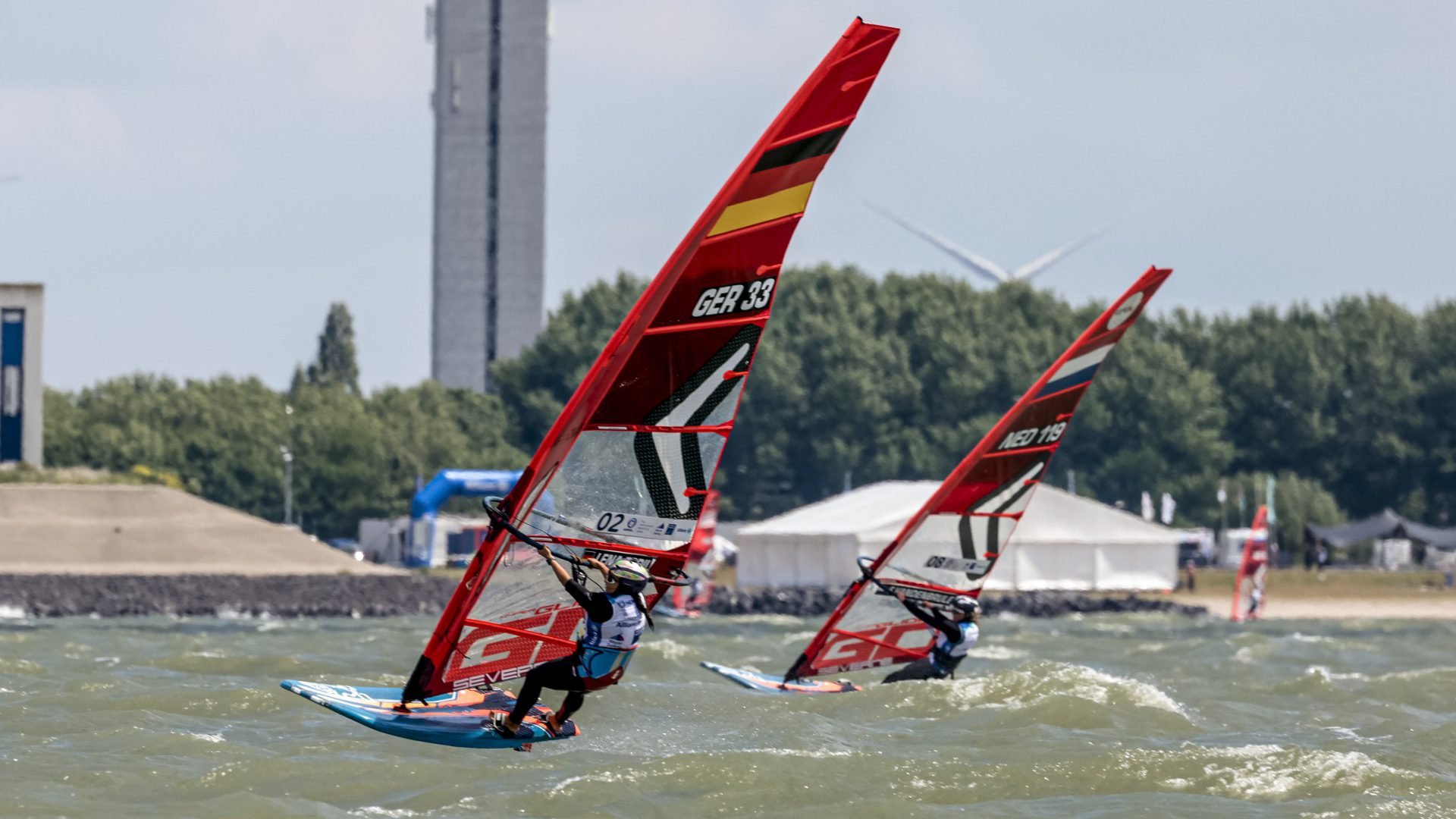 Good wind and bright sunshine from early this morning means Day 4 racing is going well out on the Markermeer. After missing their racing yesterday, the iQFOiL windsurfers get out on the Lelystad race track first today, the Formula Kite riders later in the afternoon.

A race win just now for Odile van Aanholt and Annette Duetz moves the Dutch team back to the top of the 49erFX leaderboard. Odile’s boyfriend Bart Lambriex and his crew Floris van der Werken continue to stretch their lead in the 49er Men’s skiff.