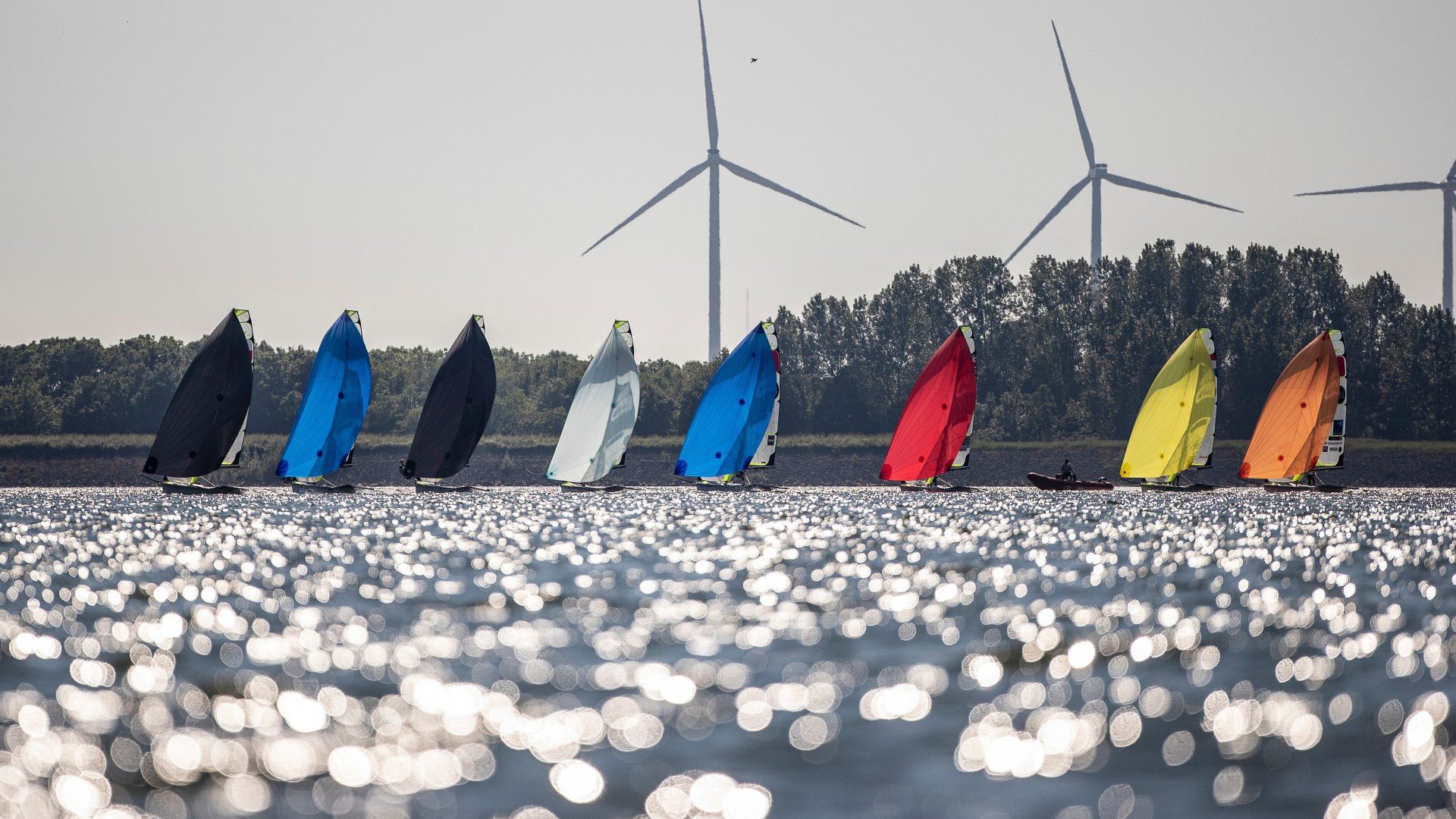 The Hempel World Cup Series – Allianz Regatta entered the second part of the competition on Wednesday 9 June as the 49er and 49erFX fleets took to the water in Medemblik, The Netherlands.

After five days of racing last week that saw the first Hempel World Cup Series medals since January 2020 awarded to sailors in the ILCA 6, ILCA 7, Men’s and Women’s RS:X and Nacra 17, it was time for the skiffs to race.

Apart from Sunday’s Medal Races, light wind has been a prevalent in Medemblik throughout the event and the first day of racing for the 32-boat 49er fleet and 18-boat 49erFX fleet was a tactical affair.

“It was a bit like playing chess on the water,” commented France’s Emile Amoros.

Amoros and his helm, Lucas Rual, were the grandmasters in the 49er fleet on Wednesday as they took a pair of seconds and a race win to grab the early initiative.

“It was a really good day,” continued Amoros. “We were fast and it was just a pleasure to get back on the water. The conditions were really tricky.

“There were a lot of tactics out there, but we had three good starts and once you’re out in front, it’s always a bit easier. We were going fast today and I hope we can keep this up.”

The French crew, selected to race for their nation at the Tokyo 2020 Olympic Games, have already opened up a healthy advantage. They lead on five points and are followed by Germany’s Jakob Meggendorfer and Andreas Spranger on 16-points.

The days race wins went to Erwan Fischer and Clément Pequin (FRA) who are fourth overall and Bart Lambriex and Pim van Vugt who are fifth.

Tokyo-bound Annemiek Bekkering and Annette Duetz (NED) put together the perfect performance in the 49erFX, claiming all three race wins.

“It was pretty light and super unstable,” explained Bekkering on the day’s action. “It was never the same up or downwind, which was a lot of fun. We tried to play the shifts, look out for the pressure and it worked quite well.”

“We’re quite happy to sail in a light wind event after so much wind during the winter. We’re doing our final preparations at home, and we have a good fleet, which is nice to prepare for the Games.”

Three days of qualification races are remaining for the 49er and 49erFX fleet as sailors fight for a place in Sunday’s deciding Medal Races.