Waiting is part of sailing 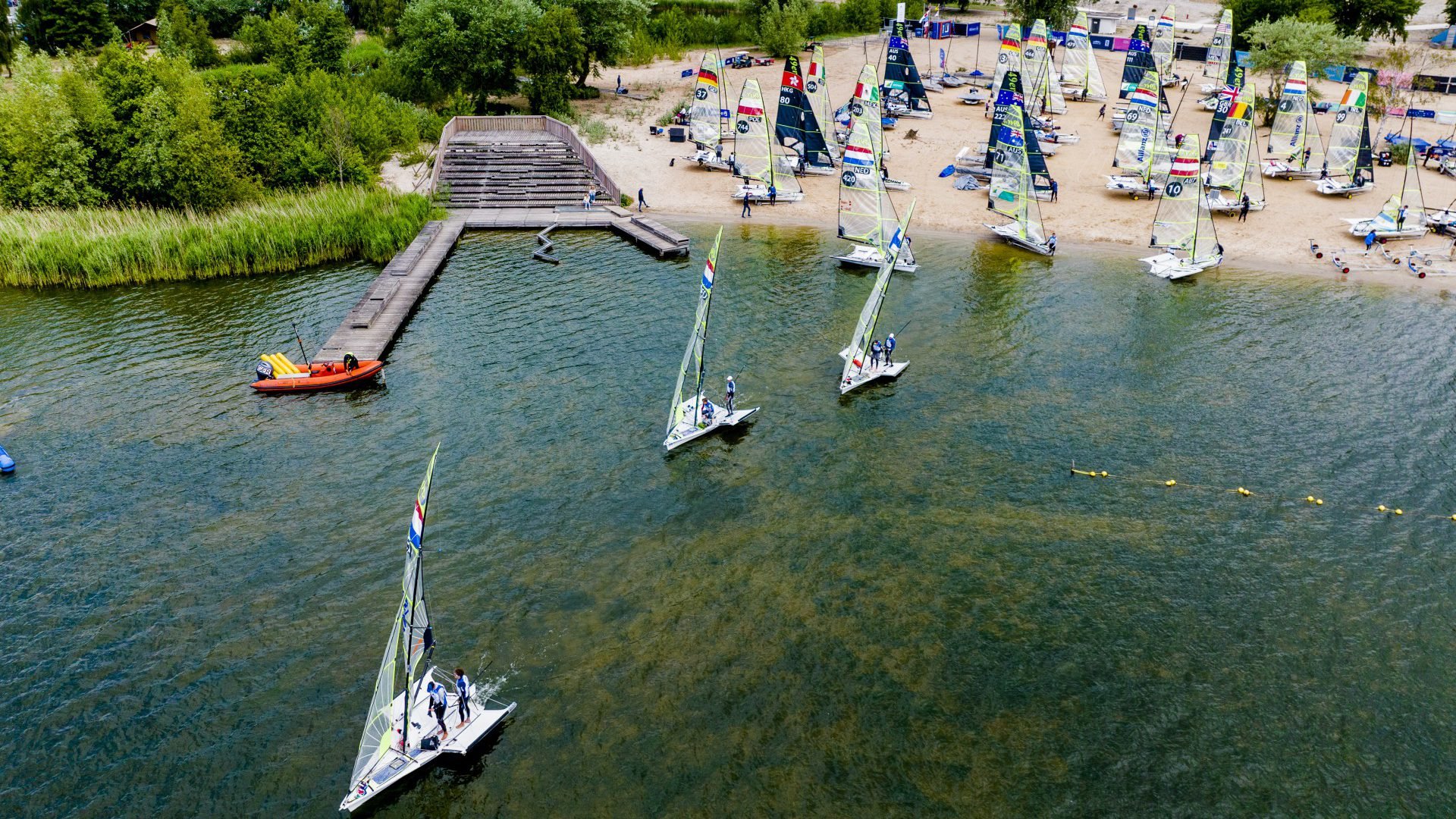 Sailors always have to deal with various elements. Water and wind are the most important, without which they cannot sail a race. Today the sailors missed the wind in particular, so the day started with a two-hour delay.

From much wind to nothing
Principal Race Officer Rob Hoogstra, takes us through this difficult day: “Early this morning there was a lot of wind, but then it dropped completely. We therefore had to postpone the race for a few hours. The moment we received the message that there was a sailable wind, we sent the sailors of the morning program outside. Unfortunately, then on the water the wind appeared to drop off again a bit so only the 49er, ILCA6 and the RS Aero 7 sailed a race.”

After a long wait, the 49er and ILCA6 sailors were allowed on the water after all. For the 49ers, the first race was cancelled, but a second race could still be sailed. The Dutch Bart Lambriex and Floris van de Werken crossed the line first and took the lead, together with the Belgian Arthur de Jonghe and Jan Heuninck. With a fleet of nearly 50 boats, this class is divided into two starting groups, so there are two winners in that one race.

In the ILCA6, the French Marie Barrue leads this World Cup. The fastest Dutchman today was Maxime Jonker with a ninth place. She indicates afterwards that there were many showers which made the wind turn 360 degrees at times. It was clearly a difficult day for both the sailors and the race organization.

Invitational Class RS Aero 7 also started
The RS Aero 7 was also able to sail a race, here German Juliane Barthel is in the lead, followed by Dutch Shivam Ramdas. The RS Aero 7 is an Invitational Class, organizer Linda Bomhof told us earlier about the choice for this class: “We wanted a one-man boat that was aimed at men. We also wanted a boat that fits with our desire for innovations. That’s where the RS Aero 7 came in, a class in which women are also allowed to register. The RS Aero is an easy and lightweight boat made of durable materials.”

Foiling boards almost take off
Tomorrow, Wednesday, June 1, the kite- and windfoilers will also start from Bataviastrand in Lelystad. More wind is expected then. Rob Hoogstra: “We have scheduled an extra race to make up for the missed races of today. Fingers crossed that the predicted wind also comes tomorrow.”

While sailing on the water, a food festival is going on at Pampus. Proef Pampus takes place here all week long, where the sailing races can be enjoyed while enjoying a snack and a drink.