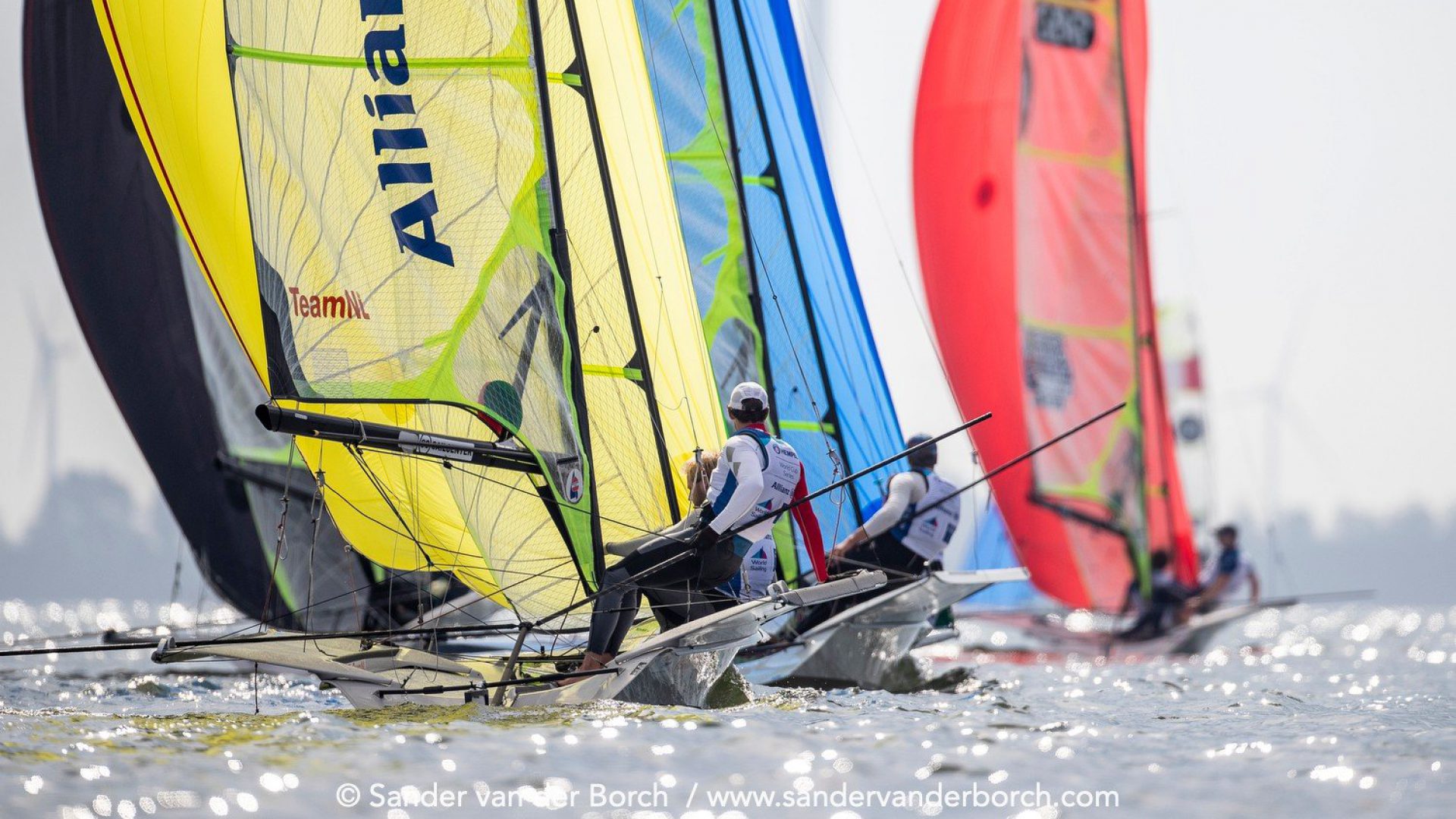 Top and amateur sport come together during the Allianz Regatta from 27 May to 5 June. The Open Dutch Championships will see some of the Netherlands’ top amateur sailors compete in six different classes on May 27, 28 and 29 from Marina Muiderzand in Almere. More than 400 Olympic top sailors from around the world will then race from May 31 to June 5 in the Allianz Regatta as part of the Hempel World Cup series, of World Sailing

Open Dutch Championships (ONK)
During this edition of the Allianz Regatta there is a bundling of six Dutch championships at the same location where the professional sailors race a few days later.
In this way, these sailors can make use of the existing facilities for the pros. For example, the sailors can count on a high-quality race organization and they can enjoy a social program by making use of the temporary Musto Sailors home at Marina Muiderzand, which provides accommodation for the visitors, participants and activities.

World Cup Olympic Classes
There are ten Olympic disciplines in sailing. Of these ten, nine classes participate in the Hempel World Cup Allianz Regatta. The first group of six disciplines will start from Marina Muiderzand in Almere on 31 May through 4 June. On June 1, the kite- and windfoilers will start from Bataviastrand in Lelystad.

Arno van Gerven: “Racing like the best”.
Arno van Gerven Director of the Watersportverbond is looking forward with his entire team to the first edition of the Allianz Regatta in the Province of Flevoland. “We announced in 2020 to merge top and bottom sport. Now, after the corona pandemic this is finally taking shape at our new location. It is hopeful that six classes have joined for the ONK. Especially modern foiling classes, like the Flying Moth and Windfoilers. Also great that we have very good registrations among the professional sailors in the Olympic classes. Looking to the future, we are convinced that if we continue to deliver the quality, this event can only grow in the coming years and more and more amateurs will join to race like the best in their sport.”

During this Dutch Water Week, in addition to competition sailing, there are several water sports to watch and experience at various locations around the Markermeer. For example, at the Maritime Museum in the center of Amsterdam, at the Bataviastrand in Lelystad, on the Bosbaan in the Amsterdamse Bos, in Marina Muiderzand Almere and on Pampus.