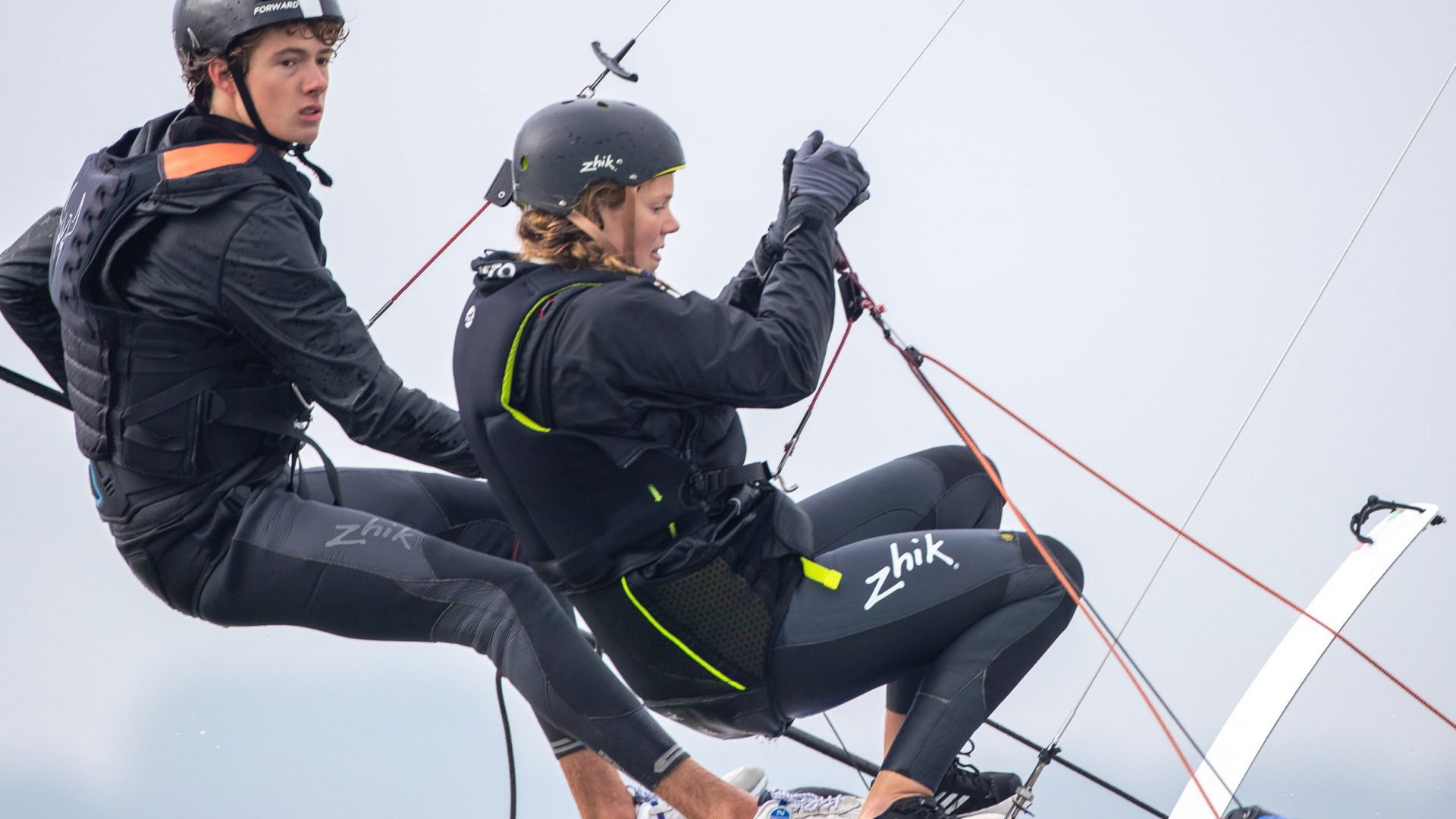 At the Allianz Regatta in Medemblik, the sailors are not only fighting for the title of the Open Dutch Championship in 14 different sailing classes, but they can also qualify for the Junior World Championship in Oman (11-18 December 2021). This will be held in Oman from 11-18 December 2021. That is the case in the 29er class for boys and girls, in the Laser radial for boys and girls and in the Nacra15 mixed crew. The day started cold, with good wind. During the day the temperature increased and the wind decreased. All classes came into action. 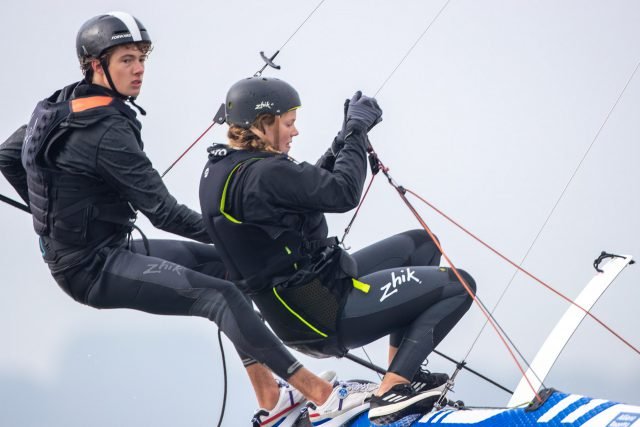 Ticket to Oman
As with the Olympic Games, participation in the Youth Sailing World Championships (in Mussanah Sports City, Oman) is very exclusive. Only one team per country may compete in each class.

Double contenders: Championship and ticket to Oman
In Nacra15, Olivier Jaquet and Femme Rijk almost lay claim to the title and participation in the Junior World Championship in Oman on the penultimate day of the championship. After seven races, this mixed couple is leading the rankings and has a considerable lead on Puck van der Veen and Wouter van Rooijen and the team of Michiel van der Vorm and Linde Timmermans.

Olivier Jaquet (18) and Femme Rijk (15) normally sail with other partners on the Nacra15. But their regular mates are too old to participate in the Youth World Cup. Just before the Allianz Regatta they decided to put their heads together and sail this qualification together. And, as it looks now, with success. Jaquet, a member of De Maas, will most likely qualify for the youth World Cup for the second time tomorrow. For Femme Rijk, member of WSV De Braassem, it is the first time.

“We were well focussed, had good starts and sailed well on the pressure (wind) and well on the shifts (wind turns),” says Jaquet. Femme adds: “The speed was good and we were on the water on time and we had a good preparation. We were on time with everything. I am not like that. Normally Ollie has to keep me on my toes. If it’s five minutes later in the morning, that’s five minutes longer in bed for me, haha.”

About the chances on Sunday: “Tomorrow we must sail consistently and well, we must not sail at the back but we do not necessarily have to win. Then we can become Dutch Champions and qualify for the Junior World Championships,” says Jaquet.

About the World Championship? “Two years ago I was at the Junior World Cup in the Nacra15. Back then I did not have that much experience, so this is my last chance. We don’t really know where we stand as a team, internationally. We have little information, but it is exciting of course. Luckily I know what we are going to go through.”

Femme: “We were able to see where we stand at the EC, but we weren’t sailing together then. So that’s hard to say and we don’t know yet which strong countries are also going to the World Cup.”

Other Youth World Cup tickets
With one day to go it is still very exciting for the men in the ILCA6. Hidde Schraffordt of WV de Vrijbuiter is in the best shape, but Daan Boekholt (KWVL) is still in competition. The wind forecast for Sunday 10 October is not very good. There is a chance that there will be no sailing on the last day. 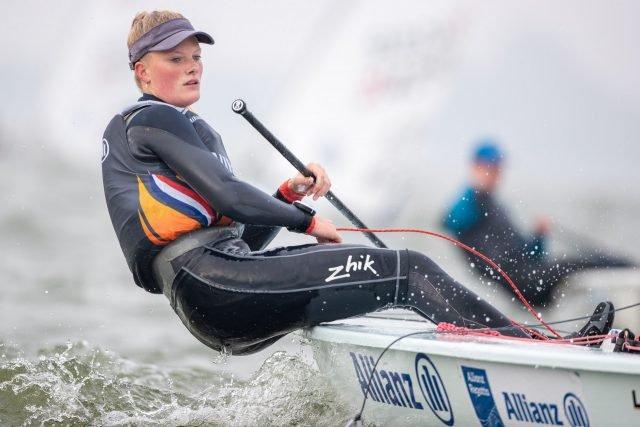 In the ILCA 6 (Laser radial) Marissa IJben and Roos Wind are fighting for the honour. IJben set the tone but Wind comes back well and is now 1 point ahead of IJben, but the battle is not over yet. If there are a few more races on Sunday, the classification can still be turned upside down.

After four sailed races in the 29er, Robbert Huisman and Frank Boer are in the lead, but on their heels are the team of Olaf Ganzevles and Stijn Gast. In the 29er girls the battle is between Merel Tavenier and Janne Ravelingien and the team of Marlies Schouten and Maud Lodewijk.