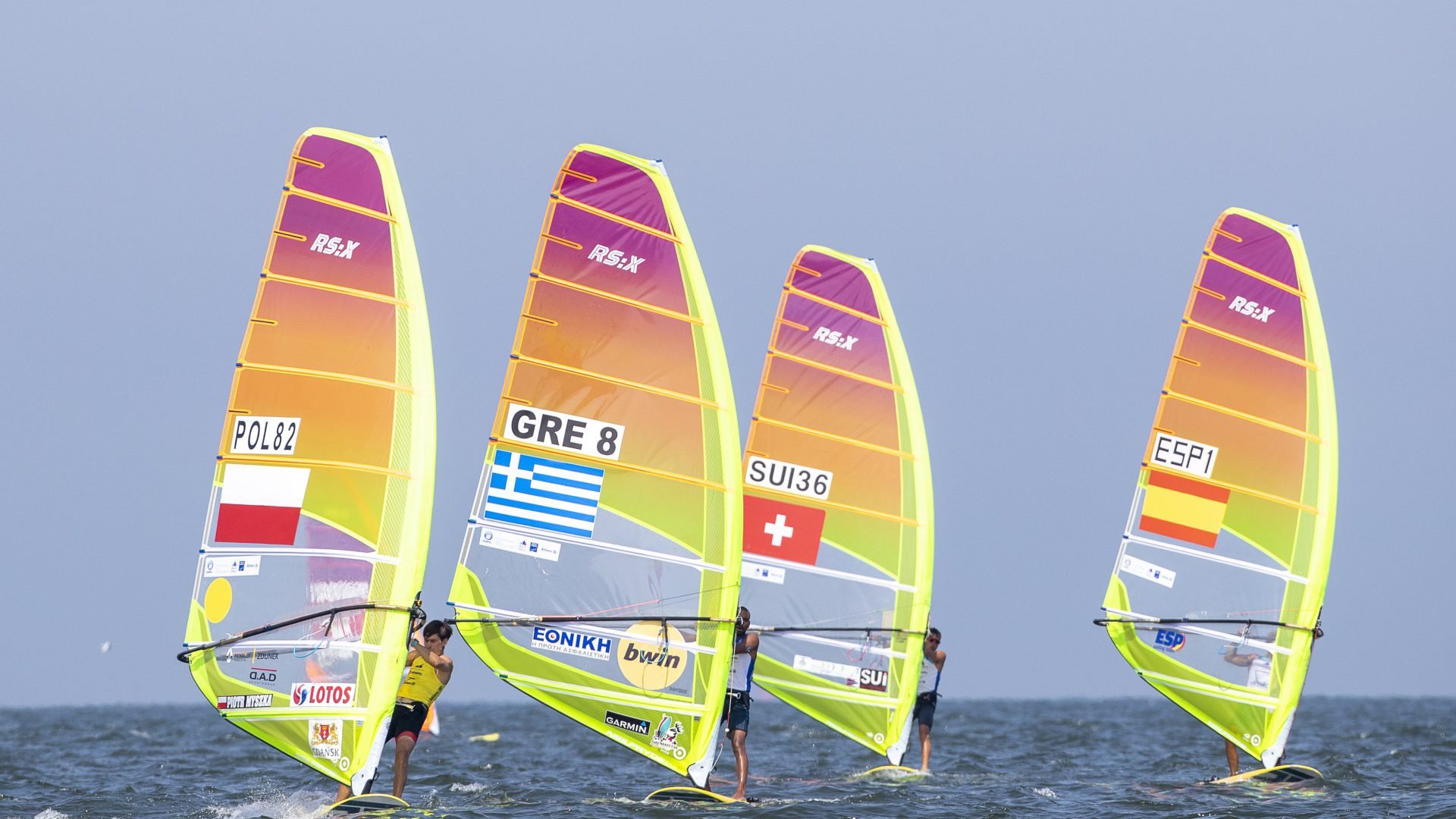 The first half of the Hempel World Cup Series – Allianz Regatta has concluded with the awarding of gold, silver and bronze World Cup medals in the ILCA 6, ILCA7, Men’s and Women’s RS:X and the Nacra 17.

Medemblik saved the best for last on the final day, with 15-16 knots of consistent breeze and plenty of waves under a clear blue Dutch sky.

Poland’s Piotr Myszka and Italy’s Mattia Camboni opened up a points gap between themselves and the rest of the Men’s RS:X fleet ahead of the Medal Race, so whoever came out on top in the decider would claim gold.

Unsurprisingly there were some match racing tactics at play on the race track between the pair, but Myszka gained the advantage and never looked back as he finished second to clinch gold.

“Today the weather was perfect,” commented Myszka. “We had 15-16 knots and I really like these conditions. From the beginning I was leading Mattia as I was only fighting him. We were match racing and I controlled him from the beginning. Mattia was far away from me as I finished second so I’m very happy.”

Camboni finished sixth which was enough for second.

Myszka was visibly delighted ashore after racing and immediately set his sights on the Tokyo 2020 Olympic Games.

“I am very happy because it’s been an amazing week here,” expressed the Polish racer. “I really don’t remember such a good week here and I’ve been here many times. This has been the best week. I’ve been on the podium many times, but I’ve never won here before in my whole career.

“I started in the blue jersey, but I finished with the yellow. I’m so happy and I hope I keep it up until the end of the Olympics.”

Marta Maggetti (ITA) and Katy Spychakov (ISR) fought each other all week long at the top of the Women’s RS:X fleet, and that battle continued in the deciding Medal Race.

Maggetti remained consistent once again, finishing second to Spychakov’s third to clinch gold for Italy with Israel settling for silver.

“I started on port, alone,” explained Maggetti on her Medal Race strategy. “I decided to go alone because I didn’t feel so good in planing conditions with this gear. I focused on my planing and I did a good tack on the upwind and I was able to finish second. I’m pleased with the result this week.

“We were in a small fleet but we are all really good girls who are on top in the world, so it was really good preparation for Tokyo.”

In the ILCA 7, Lorenzo Chiavarini (GBR) needed to finish ninth or better to confirm gold after a dominant week on the water.

Croatia’s Filip Jurisic was Chiavarini’s nearest rival and he kept him close by, but admittedly had some nerves on the race track. “I tried to keep it tight with Filip,” explained Chiavarini. “He did a good job at sailing away a few times. I was a bit scared at the first windward, but the rest of it was quite okay. I had a few boats behind me so I was quite comfortable. It’s always tense right up until the end.”

Chiavarini came through in seventh which confirmed the gold.

“It feels fantastic,” commented Chiavarini on his win. “I’m really happy with how this week has gone.”

Meanwhile, Jurisic finished fourth but that was not enough for silver as Joel Rodriguez (ESP) took the race win to advance up one position. The Croatian rounded off the podium.

Marie Barrue (FRA) also went into the ILCA 6 Medal Race in a comfortable position, needing to finish seventh or better.

Things panned out slightly better for Barrue than Chiavarini as her main rival, Ekaterina Zyuzina (RUS), crossed the start line early and received a full 22 points from the race.

“As soon as I saw the Russian girl was out, I was like, okay just do it, don’t touch the mark, don’t take a yellow flag, don’t capsize, don’t break the boat,” commented Barrue. “I was quite relaxed from there and I’m happy it’s over.”

Barrue has not been selected to represent France at Tokyo 2020 but her win demonstrates she has what it takes to excel at the highest level. She has her eyes set on Paris 2024 now but will also support her training group who will head to Tokyo.

“This is my first medal and it’s nice to get it before the Olympics. We’ve been working hard this winter so we’re heading in the right direction. I’m going to do some big boat racing in Switzerland, then I’m off to Hungary to do some preparation with my team mates to help them prepare.

Laila van der Meer and Bjarne Bouwer (NED) won gold ahead of the Medal Race in the Nacra 17.

“This was our first World Cup and a first win,” said der Meer through a big smile. “We were a little bit disappointed at the beginning, but we made the most of it this week. Even though it’s a small fleet, these boats are going to the Youth Worlds so it was good to sail against them.”

Silver and bronze was to be decided in the Medal Race with Jesse Lindstaädt and Jill Paland (GER) and Andrea Spagnolli and Alice Cialfi (ITA) going head to head. As the Dutch claimed the race victory, the Germans came through in second to take silver, with the Italians winning bronze.

Regatta Center Medemblik will now reset as the venue welcomes the 49er and the 49erFX fleets. Racing is scheduled to start on Wednesday 9 June and run through to Sunday 13 June. 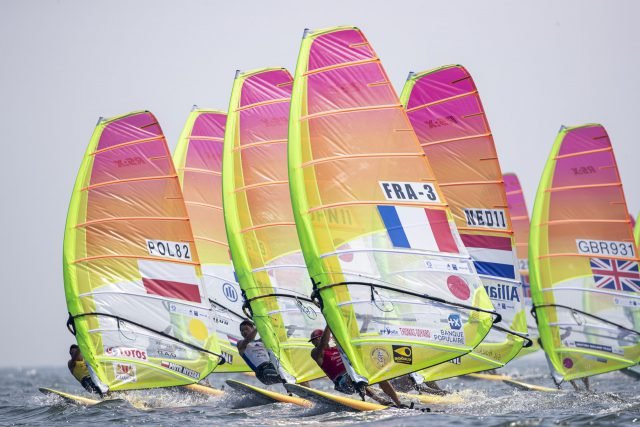