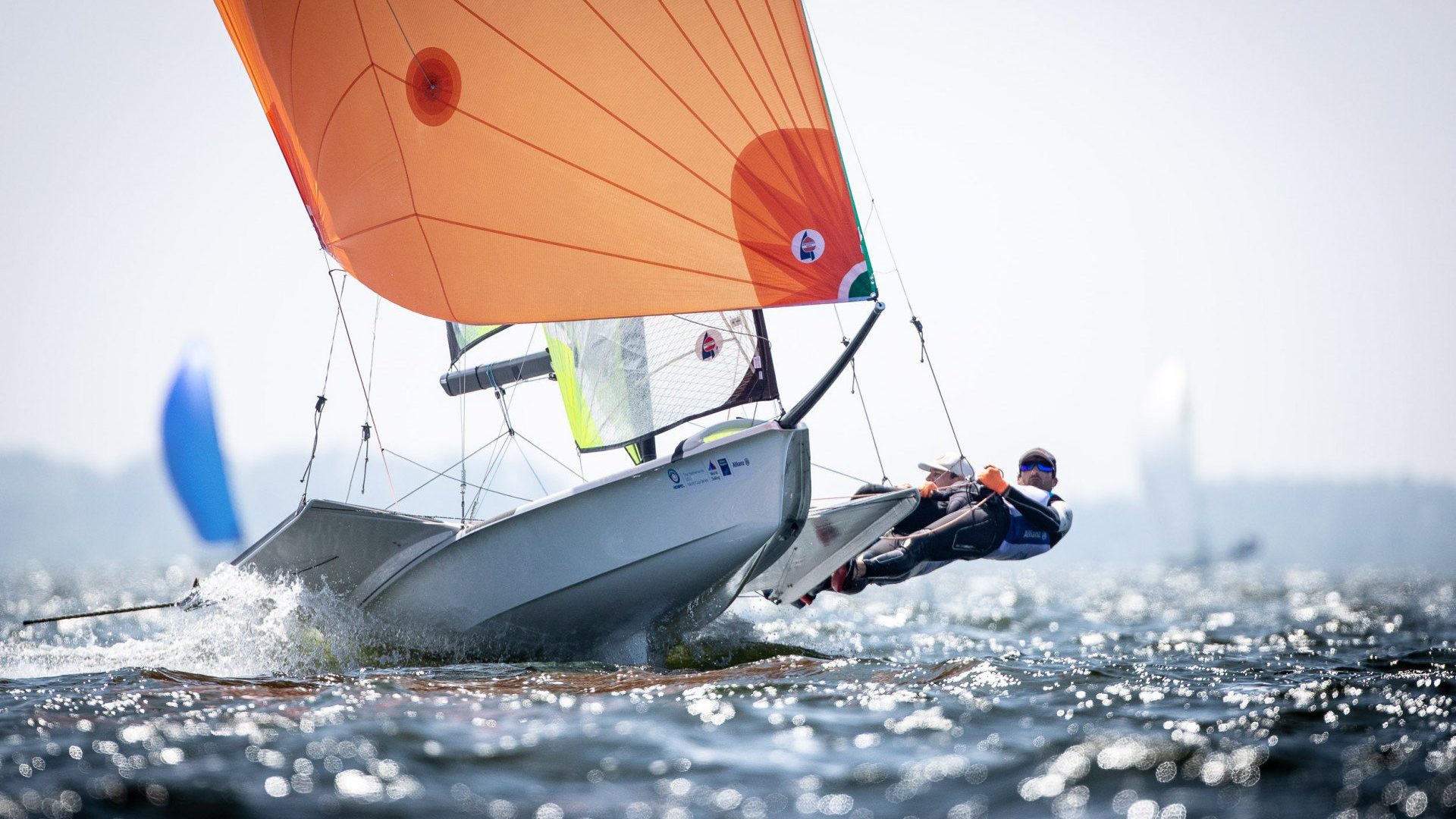 The Netherlands’ Tokyo 2020 athletes remain in firm control in the 49er and 49erFX at the Hempel World Cup Series – Allianz Regatta as the third day concluded in Medemblik, the Netherlands.

Labriex and van Vugt put together another consistent scoreline in the 31-boat 49er fleet, posting a 7-2-5. This puts them clear of France’s Kévin Fischer and Nóe Delpech, who also sailed well with a 2-8-1 scoreline.

The biggest smile ashore after racing belonged to Marco Anessi Pé and Edoardo Gamba of Italy, who secured their first ever race win in the 49er. They sailed their best day of the event so far, with a 9-1-6 to put them into the top ten.

“The second race was our first bullet in our 49er sailing,” said Anessi Pé. “It was a big emotion for us and we’re hoping it’s not going to be our last. We started in a nice position, free from other boats and then we raced the wind and watched for any changes and took the win.

“Today has been a nice day. The breeze was better than the other days. Medemblik is a very nice race area; very tricky, and the wind changes direction, which makes it challenging.”

With a final day of fleet racing ahead of them on Saturday, the Italians will be hoping for another good performance to book their spot in Sunday’s Medal Races.

As Bekkering and Duetz strengthened their grip at the top after a (19 UFD)-5-1 scoreline, Germany’s Maru Scheel and Freya Feilcke were also impressive as they claimed a race win alongside a sixth and a fourth to move up to fourth.

“We had quite a good day winning the first race,” commented the duo. “It was quite shifty and tricky but we managed to get the left side of the course quite well, so it was nice racing.

“[For our race win] we had a great start. We went to the left with good speed and made good manoeuvres.

“Because the wind is so shifty and tricky it’s hard to get the right spot on the course, so there’s a lot of changes on the water.”

Scheel and Feilcke are just three points off their compatriots Maria Bergmann and Hanna Wille in second place, and just a point off Isabelle Fellows and Alice Masterman (GBR) in third.

Racing continues on Saturday 12 June with fleet racing concluding in the 49er and 49erFX fleet. Sailors will fight for a spot in the top ten to advance to Sunday’s Medal Races, with the remaining sailors competing in a single fleet race on Sunday.

Registration for the Open Dutch Sailing Championships, part of the Allianz Regatta, from 8-10 October 2021 is now open!