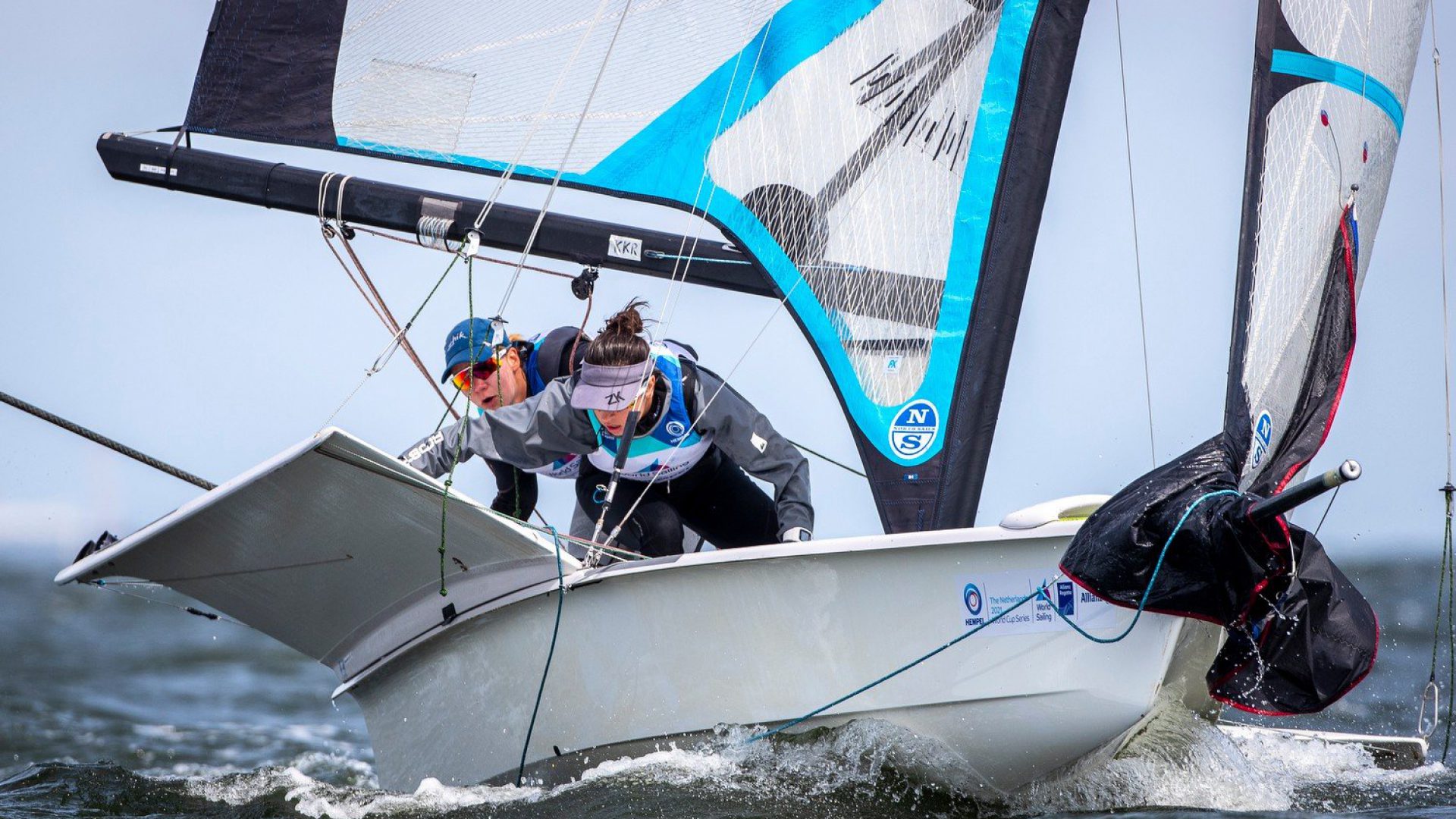 Racing at the Hempel World Cup Series – Allianz Regatta concludes in Medemblik, The Netherlands on Sunday 13 June with the 49er and 49erFX Medal Races.

Heading into the Medal Races, the points at the top of the leaderboards remain tight with a hard fight for the podium positions expected on the final day.

Medemblik has provided sailors across the 49er, 49erFX, ILCA 6, ILCA 7, Nacra 17 and the Men’s and Women’s RS:X with the perfect preparation for the Tokyo 2020 Olympic Games.

Light winds have been prevalent throughout the competition and are expected once again on the final day with the start for the Medal Races, as of 1100 local time, currently postponed.

A 5-6 knot breeze from the west is expected to materialise as the day progresses to allow racing to wrap up.

Alongside the two Medal Races, the non-Medal race sailors will sail a single fleet racing to decide their final position.